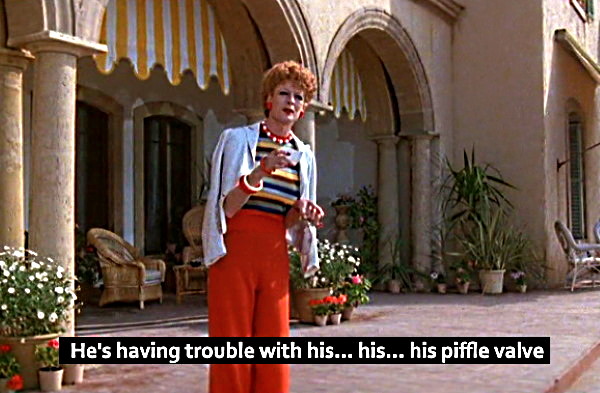 A load of old rubbish

Some jokes. Mostly from about 1998

A shortbread recipe that can't fail

You know it's true

The Ital was just a facelifted Marina

I've lost half a stone in 2 weeks with Huel

Tonight on PifflevalveTV
18:00
Pifflevalve News at Six
All the latest news brought to you by Karen "tried to resign but found she was locked into a contract" Smethwick. Karen refuses to speak on air, but has agreed to raise an eyebrow when she thinks the story was completely made up by roving reporter Darren, who's been doing this for 14 years and has never made it to national TV and blames it on the people he interviews being just so, so dull.
18:55
Weather
Cherise from reception updates us on what it looks like outside.
19:00
Up Your Alley
Magazine show with Terry Hinge and Diane Chambers. It's not the Diane Chambers from Cheers; this leads to confusion in Diane's everyday life and it's almost impossible to order a pizza for delivery. In tonight's show, Terry and Diane talk to local residents who are putting on "Little Shop of Horrors" at the village hall, thinking they're being oh so original. Bogdan Herbivore hosts Cook With Bogdan, which celebrates Romanian cuisine and explores meat-based desserts. The ridiculousness of this is not lost on any of us so please don't phone in.
19:55
Lottery results
You didn't win, but it's nice to think about isn't it.
20:00
Button it, Mildred
Light hearted amateur detective series featuring Mildred Henshaw, a middle-aged housewife who reads crime reports in the local paper out loud over breakfast, immediately solving the crime but being told to "button it" by Barney, her bad tempered husband, who is sick to death of no-added-sugar muesli. This week, Mildred is forced to tread the mean streets of the village in pursuit of a gang of gravel thieves who do not take kindly to her enquiries. Will Mildred get out of the shed alive? Well the series has been going for 22 years and it's not stopping now, so we're guessing "yes".
21:00
News headlines
Repeat of the News at Six, with each story fast-forwarded after the headline is read out. Flashing images.
21:10
Murder She Did
Old episodes of Murder She Wrote re-imagined by husband and wife team Martin and Amelia Fontainebleau (not their real surname, we're guessing) who play every part with a different wig and sometimes glasses. Every episode ends not with Jessica laughing, but with a smirk and knowing look, indicating to the audience that Jessica has got away with yet another murder. Strong language and scenes of mild peril.
22:00
Queen Celine
Drama set in a dystopian future where Celine Dion has become ruler of Earth by building a hi-tech palace on the moon and directing the evil power in her voice at all dissenters via tubes and funnels. This week, Celine crushes a revolution by "singing" at a band of disillusioned lentil growers, paralysing every muscle in their bodies and creating fear and panic across Wiltshire.
23:00
Pages from Ceefax
This stopped working ages ago but we can't seem to remove it from the listings. If anyone knows what "ERR-0444 - null reference licence for service CCF092" means, please let us know.
23:55
National Anthem
God save the Queen/King [Andy, please check this and delete as appropriate] followed by a loud screeching sound